Revisit the 1930s in Arthurdale, WV. Established in 1933, by the United States government, Arthurdale is the nation’s first New Deal Homestead Community. Created through President Franklin D. Roosevelt’s New Deal legislation, the community provided a new chance at life for residents who were suffering from the Great Depression.

First Lady Eleanor Roosevelt served as the empathetic force behind the community, which became known as “Eleanor’s Little Village.”

Today, Arthurdale is a National Historic District featuring 160 of the 165 original homesteads. The New Deal Homestead Museum is a multibuilding museum comprised of a forge filled with original tools, a service station reminiscent of a bygone era, the historic Center Hall, the original federal government administration building and a fully restored Arthurdale homestead.

The Craft Shop specializes in Appalachian crafts and quality gifts. Visit the second weekend in July for the New Deal Festival!  Check out our events calendar for classes, workshops, movies and more. 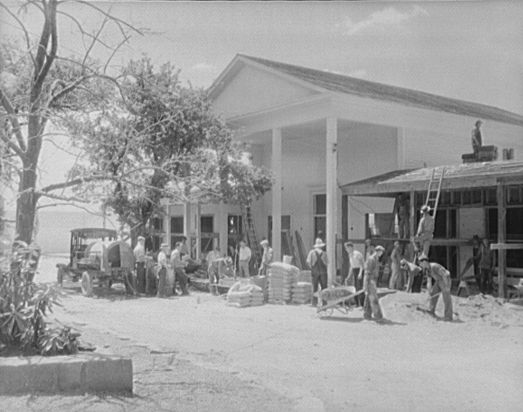