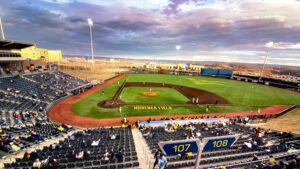 If you love all things baseball, the WV Black Bears–a member of the MLB Draft League–play May through August in Mountaineer Country. Grab your friends and family, and head to Monongalia County Ballpark–named the 2015 winner in the MiLB Best of the Ballparks competition by ballparkdigest.com.

Check out the 2022 home schedule below and make sure get tickets. Plus, learn more about our Mountaineer Deal and how you can earn a 25% off coupon for the Team Store.

Check out this 360-degree video of the WV Black Bears play at the Ballpark!
Click and drag to look around as the video plays. 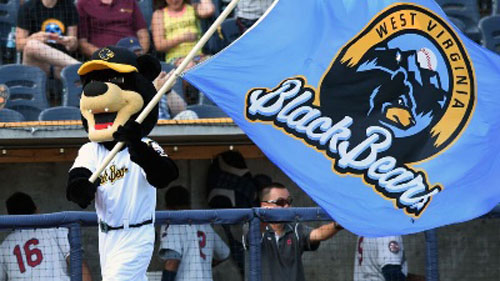