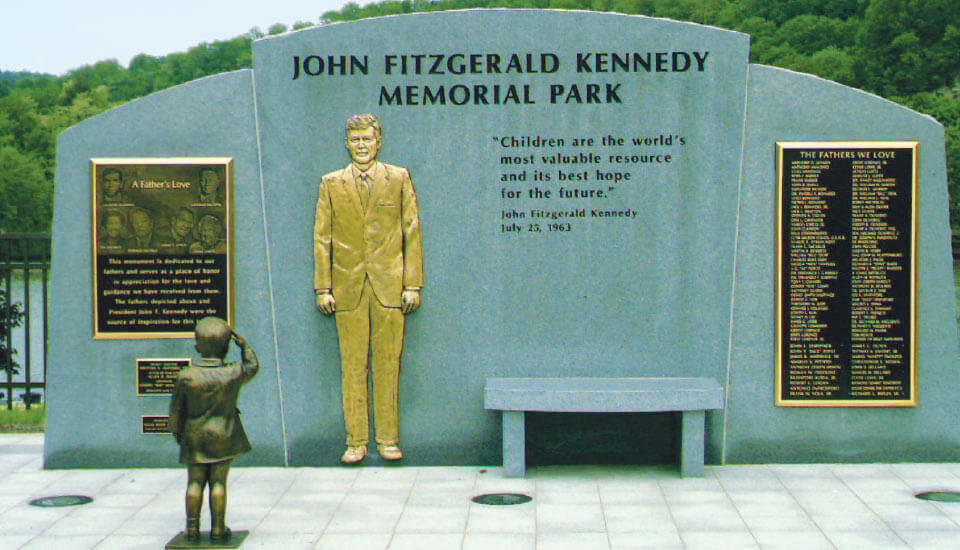 This piece was done by artist Chris Kroll in 2007. It is a John F. Kennedy Memorial and homage to fatherhood and includes a bronze statue depicting John F. Kennedy Jr. saluting his father’s casket in 1963, and a base relief of President Kennedy. The statue recognizes Senator Kennedy’s announcement of his intention to run in the WV primary on February 4, 1960, in Star City, WV.

A 27-foot wide memorial featuring bronze statues of JFK and John Jr., three tall granite pillars, and a granite bench as you walk near the riverfront on the Rail Trail in Star City.