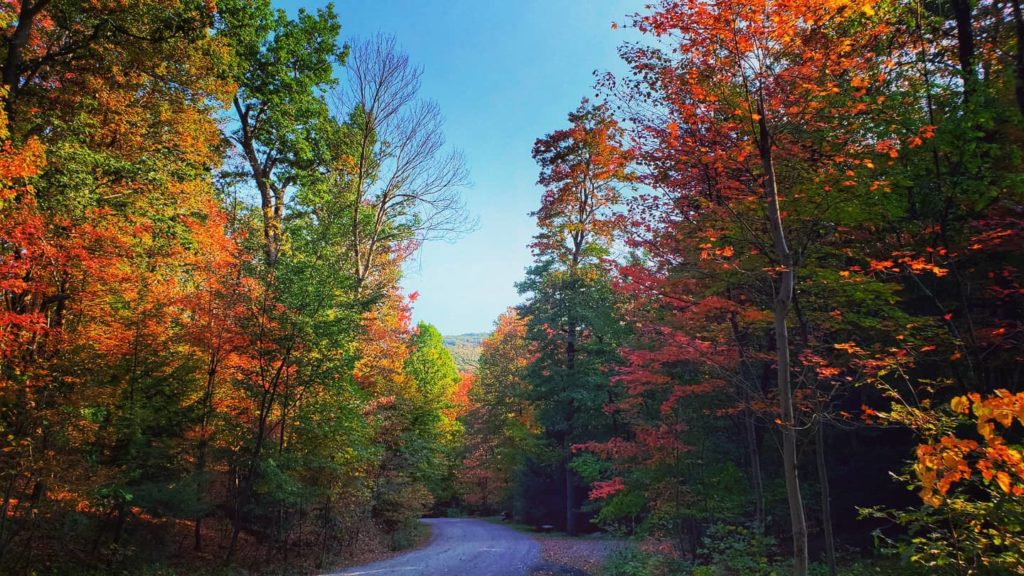 The American Discovery Trail (ADT) is a cross-country trail system using existing trails and routes to connect the Cape Henlopen State Park, in Delaware, to the Pt. Reyes National Seashore, in California. This 6,800-mile trail takes hikers through sixteen states, featuring scenic views of small towns, cool forests, rolling hills, and warm deserts. The American Discovery Trail sets itself apart from other trails by being the first coast-to-coast, non-motorized trail, with a goal to become completely off-road.

The Streby to Nestorville and Nestorville to Wilsonburg sections of the American Discovery Trail pass through the southern counties of Mountaineer Country, intersecting with Tygart Lake State Park, the International Mother’s Day Shrine in Grafton, and wrapping up in Clarksburg, WV.

West Virginia is one of four states that make up the eastern portion of the American Discovery Trail. Roughly 288 miles of the trail pass through central West Virginia, consisting of four major sections:

Learn more about the American Discovery Trail in West Virginia by visiting the official website.