Ballpark preference varies depending on the observer, but here are five must-have traits we can all agree on.

Minor league fans attend games for the experience. Views add to the atmosphere and ambiance of the stadium. A beautiful-looking stadium and what surrounds it starts an experience off right and makes a good first impression And because every stadium is unique, architectural design shapes what a ballpark is going to look like and feel like. Design that achieves convenience for both fans and players is a plus. Not only is the design of a stadium important for convenience, but so too is site selection. The best site can be reached from many different areas very easily and contributes to the fan views.

When attending a game, it’s important to think about what is going on off the field. A happy, positive, and exciting atmosphere adds to the overall experience. Fans want to feel the energy of the people and the game when they walk into the stadium. Finally, amenities allow for the comfort of guests. Fans are at a minor league game for nine innings. That’s two to four hours! Concessions and the like are in place to keep fans happy, comfortable, and to keep them cheering. 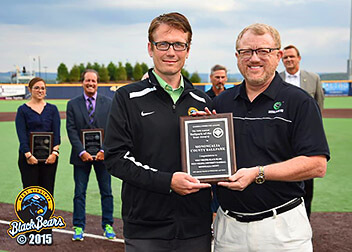 The West Virginia Black Bears are a Class-A Affiliate of the Pittsburgh Pirates. Their field, like the Pirates’ PNC Park, has incredible views. It offers one of the best looks at the surrounding valleys and mountains in addition to the first-base side’s sights of the West Virginia University campus and downtown Morgantown. 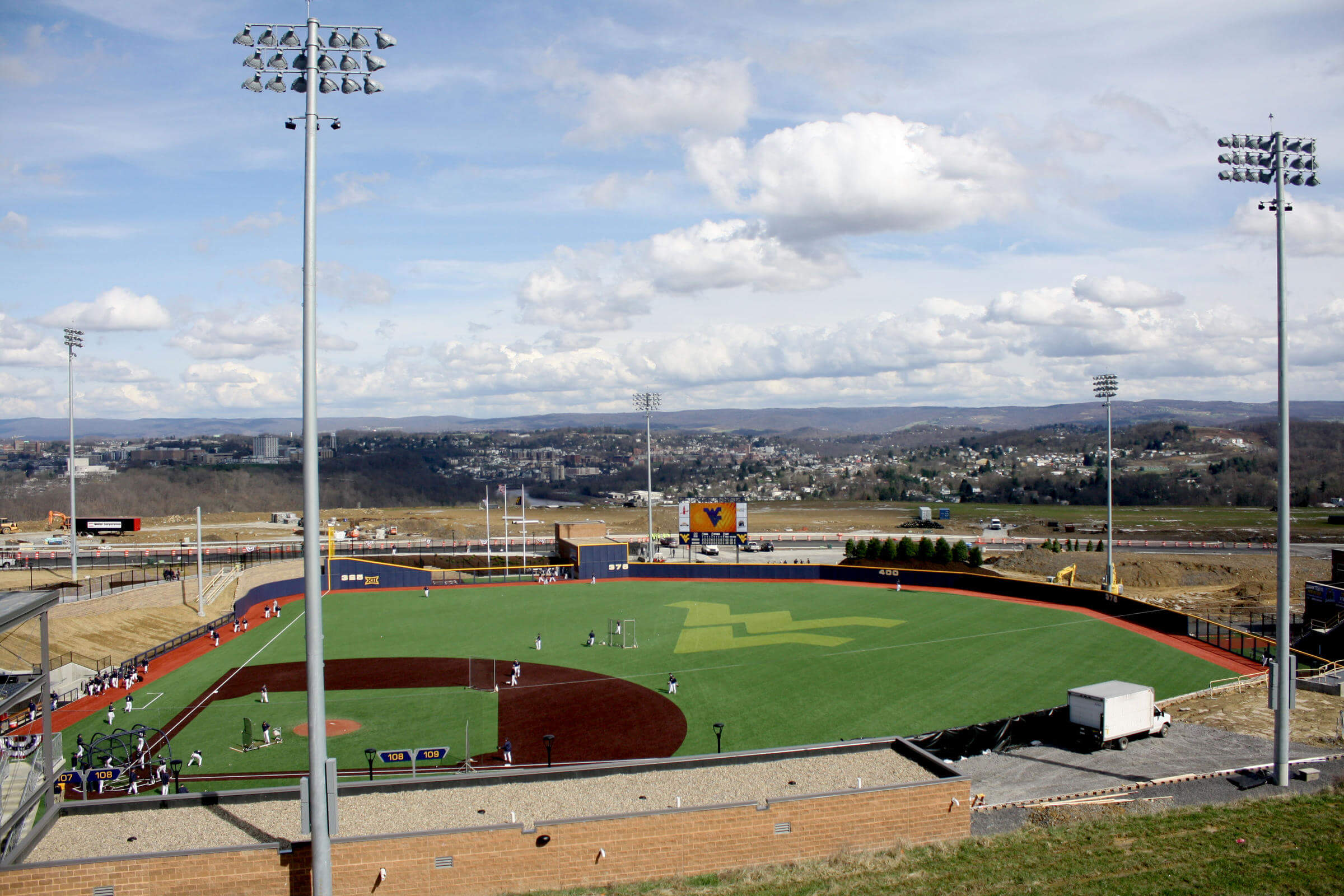 Because of the design of the ballpark, guests enter at left field as opposed to behind home plate. Instead of making their way straight to their seats, guests get a mini-tour of the ballpark from the outfields to the bullpen and get a first glimpse of the excellent sightlines around the ballpark. The all-turf field is a sight in itself; it stays bright all season. 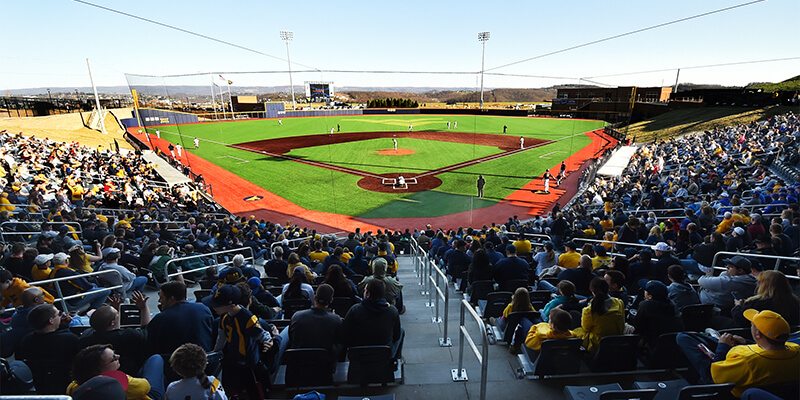 With just 3,500 seats, Monongalia County Ballpark features an intimate seating bowl that extends from dugout to dugout and is completely protected by netting. Although the ballpark does not feature a wraparound concourse, the concourse down the third-base side and behind home plate is wide enough for fans to stand without feeling cramped. The atmosphere here is palpable as audiences feel and feed off of one another’s energy. 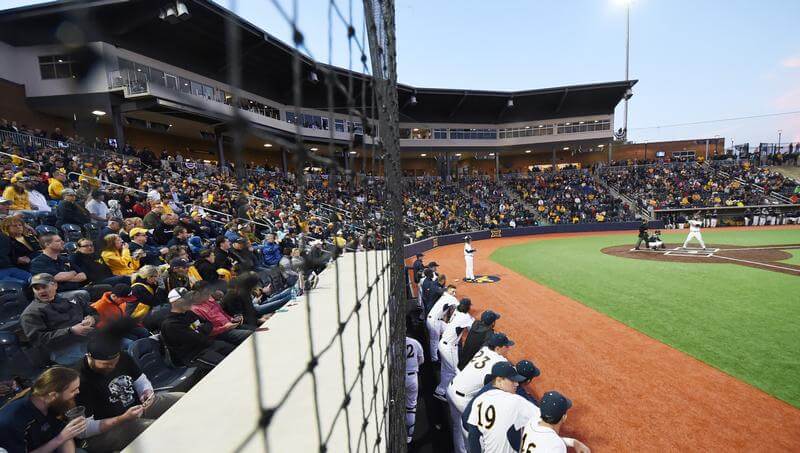 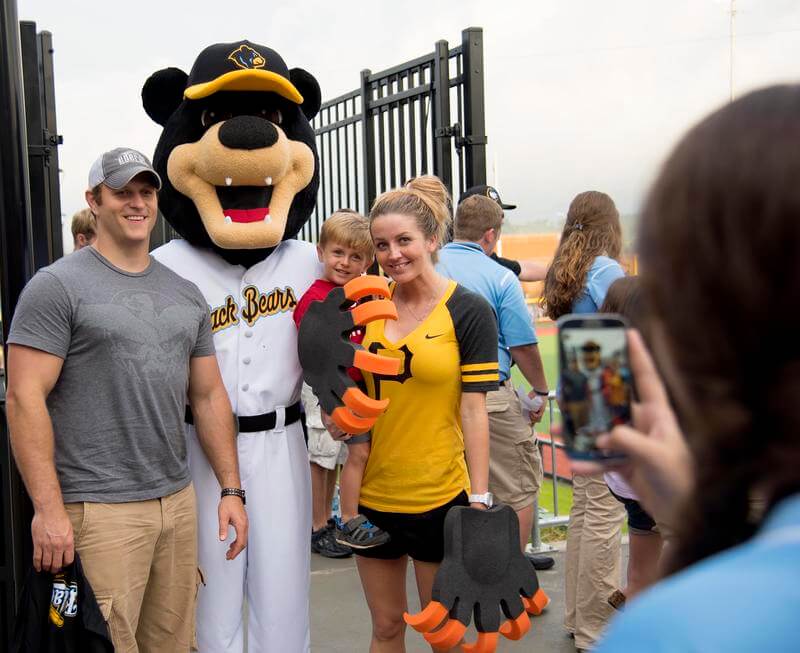 Monongalia County Ballpark is located in Granville’s University Town Center, a shopping center with restaurants right off of Interstate 79. A new exit off of I-79 is currently under construction and will take fans right to the ballpark. The area is growing and more development is expected.

Arguably the most important factor of a good ballpark is its concessions. Monongalia County Ballpark features the Loaded Pepperoni Roll. It starts with a West Virginia original, a Julia’s Pepperoni Roll from Chico’s Bakery—warm, soft, homemade, and jam-packed full of zesty, delicious slices of pepperoni. That’s just the beginning. Then it’s topped with chili and cheese. This one’s a grand slam! 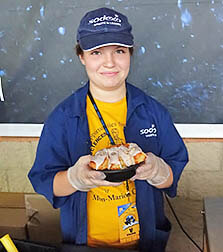 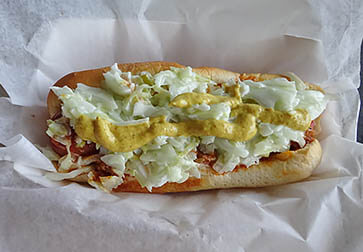 Those in the mood for a good brew during the game have plenty of choices, as there are two craft beer stands down the first-base side. Among the current options include beers from bordering states such as Maryland and Pennsylvania, as well as the local Morgantown Brewing Company.

Monongalia County Ballpark is smaller than others, but operates on equally a grand scale. The Black Bears can offer low prices in line with other forms of family entertainment. Check the Black Bears’ schedule for specials and discount days! 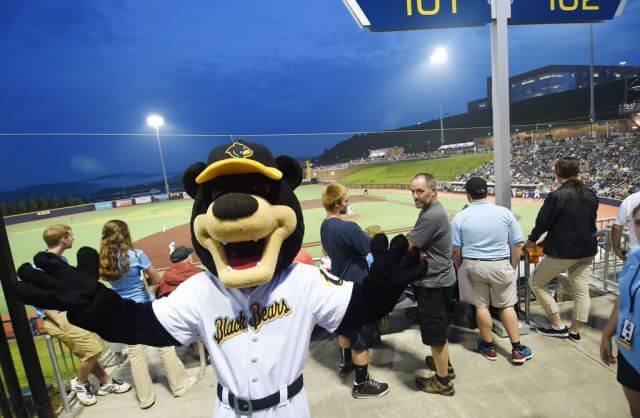