Morgantown is best known as home to the legendary West Virginia University, but we know it as a lot more than that. Morgantown’s story dates back as early as 1772 when Colonel Zackquill Morgan settled near the Monongahela River, establishing a homestead near the present-day Fayette Street and University Avenue. Morgan fought in both the French and Indian War and the American Revolutionary War and rose to the rank of colonel. In 1785, the Virginia Assembly chartered the territory, specifying that 50 acres of his land was to be laid out in lots of a half acre each. Shortly after, Morgan received the charter for the establishment of the town to be called, “Morgan’s Town” on October 17, 1785.

In 1790, the first national census was taken and Monongalia County had a population of 4,768. This made the county the sixth largest in population of the nine counties that existed at the time. Today, what we know as “Morgantown,” is one of the state’s fastest-growing cities. Morgantown’s community continues to thrive year after year with some of the best educational, industrial, financial, commercial and medical facilities available in the area. 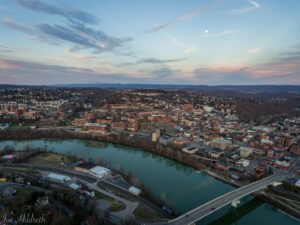 Morgantown has seen many changes and come so far since the charter of Morgan’s Town in 1785. Since that time, Morgantown has developed the finest educational, research, industrial, health and transportation facilities available in the area. The healthy business atmosphere and strong community effort assures that Morgantown still has a lot of history to come.

Interested in learning more about the history of Morgantown? You’re in luck! Morgantown is blessed with so many historical sites and museums to explore, but here are just a few fun facts to get you started on your birthday celebration journey: 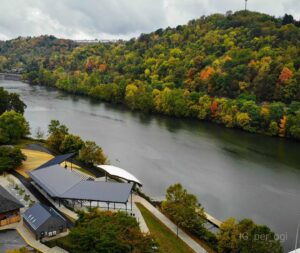 There is a lot more to Morgantown than just these 5 facts, go discover the colorful and rich history of our wonderful city.  No matter what brings you into town, whether it’s visiting your alma-mater, West Virginia University, traveling for work, or planning a weekend exploring the outdoor adventures or attending one-of-a-kind events and activities, Morgantown has something to offer everyone!

Plan your visit today and celebrate what Mountaineer Country has to offer! Have a favorite spot in town? Show us your photos by using #VisitMountaineerCountry!