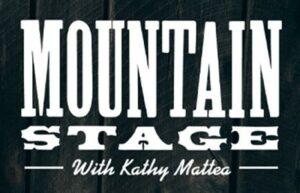 A bold reclamation of independence and identity, “K Bay,” White’s latest album, establishes him as one of his era’s most imaginative and audacious songwriters, composers, and bandleaders.

Tall Tall Trees is the pseudonym of songwriter and multi-instrumentalist Mike Savino. Savino has been touring for the last decade, pioneering a world of psychedelic electric banjo music and captivating audiences with his loop-based one man shows.

Bendigo Fletcher’s frontman Ryan Anderson crafts lyrics like patchwork poetry that when matched with band’s gorgeously jangly collision of country and folk-rock and dreamy psychedelia, results in a batch of story-songs graced with so much raw humanity, wildly offbeat humor and a transcendent sense of wonder.

Mountain Stage is the home of live music on public radio. Each two-hour episode features performances from 4–5 guests and is bound to reconnect you with a familiar mainstay or introduce you to your new favorite band. This live performance will be recorded for air on nearly 300 radio stations nationwide and globally via NPR Music.

There is talent you glancingly acknowledge and then there is talent you ignore at your own risk. Consider West Virginia’s William Matheny amongst the latter. His solo debut album, “Strange Constellations” (released 2017 on Misra), contained echoes of the hard won wit and wisdom of Loudon Wainwright, the guitar prowess of James Burton and the tensile anger of a young Paul Westerberg. His 2018 single “Christian Name,” has become lauded as Matheny’s signature song in recent years.

Andrea von Kampen is a musician who bridges acoustic folk and lyrical singer/songwriter pop, using a deeply felt, folk-indebted sound and inquisitive, empathetic lyrics. Her newest album “That Spell” is an emotionally evocative powerhouse. It’s cinematic and sweeping – with literary references, reflections on nature and above all the ability to transport you to a memory, a place in time or somewhere you saw in a dream with vivid lucidity.