On March 7, 1971, with $500, a rented storeroom and a few pieces of used equipment rescued from the snow and ice of a Pittsburgh scrap yard, Jim Fox fulfilled his lifelong dream of opening a pizza shop in his hometown of Pitcairn, Pennsylvania. As the first pizza slid from the oven at 4:00 that afternoon, he had no way of knowing that he’d be sold out just six hours later, making Fox’s Pizza Den an instant success.

In 1973, Jim opened a second Fox’s Pizza Den in nearby Harrison City and a third in East Pittsburgh. With the opening of his fourth location in Swissvale, Jim introduced an innovative concept that would revolutionize the pizza industry in the Pittsburgh area — home delivery. As word spread, friends began calling Jim about opening franchised pizza shops. Realizing that franchising could help others reach their dreams of independence, Jim incorporated Fox’s Pizza Den in 1974.

Now celebrating our 45th anniversary, we see it hasn’t stopped growing. Today there are more than 200 franchises operating coast to coast in 25 states. Fox’s Pizza Distribution, formed in 1986, provides the franchises with consistent high-quality product and reliable distribution. Because of its successful formula, Fox’s Pizza Den was voted best pizza franchise of 1993 by the National Pizza and Pasta Association and received PMQ’s 2005 and 2007 Pizza Industry Enterprise (PIE) award. Fox’s has been consistently ranked as one of the best pizza and sandwich franchises in the United States by Entrepreneur and Pizza Today magazines.

In making Fox’s Pizza Den a success, Jim Fox has been able to provide entrepreneurs with the opportunity to achieve their own success and independence while strengthening the economies of small, all-American towns. 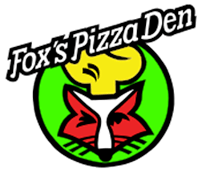